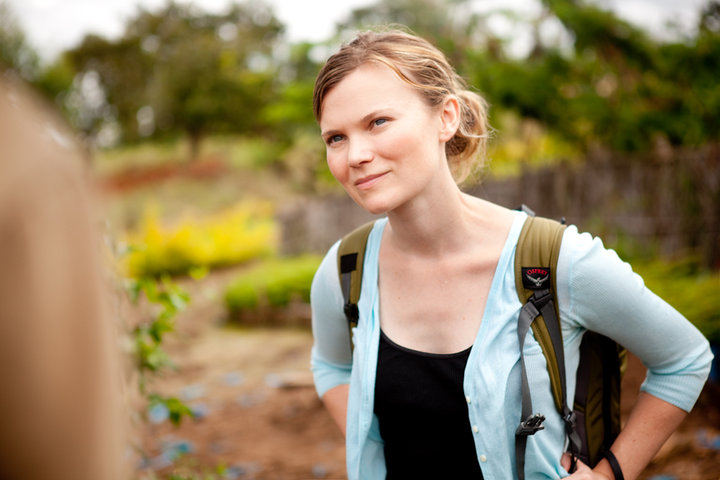 The Adventure Project Began Because I Got Fired

Written by: Becky Straw
Photos by:

I got fired. Even though it’s been over a decade, it still stings. Partly, because I’m often asked, “You were the third employee at charity: water? Followed closely with, “Why would you EVER leave?!”

To clarify, I technically wasn’t fired; I was asked to resign. Which doesn't change much. It’s not like I could have responded with, “Um, no thanks, I’m good here.”

But yes, I was one of the first employees at charity: water. I was so lucky to have a seat at what tech people call a “unicorn.” charity: water exploded. It felt like everything we launched just worked. A team for Twitter taught us how to tweet and within a month we had million followers. Stuff like that just kept happening. Much of it was timing, the founder's story, and great marketing. But I’d argue it was mostly the people: hundreds of staff, volunteers and fundraisers working tirelessly behind the scenes. And those unnamed people are awesome.

To say I loved it is an understatement. I identified myself by my job. I lived it, breathed it, dreamed about it. It fulfilled my life goal: To live everyday as if it was a grand adventure. It was where I met my greatest friends, traveled the world, and went to bed every night eager for the next day.

Then, the unexpected happened. I was pulled into a room and told I no longer fit. My mind hung on the word “fit”. As if I was a pair of jeans you outgrow. As much as you lay down, suck in and pull, you can’t get them to zip. In one broken heartbeat I went from raising donations to being donated. 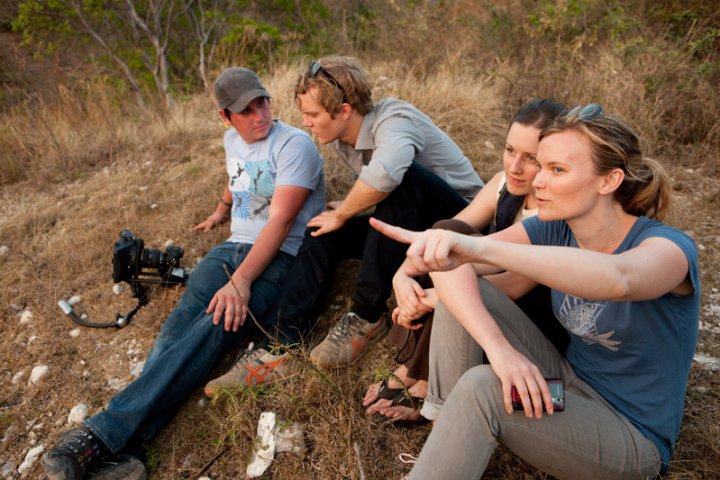 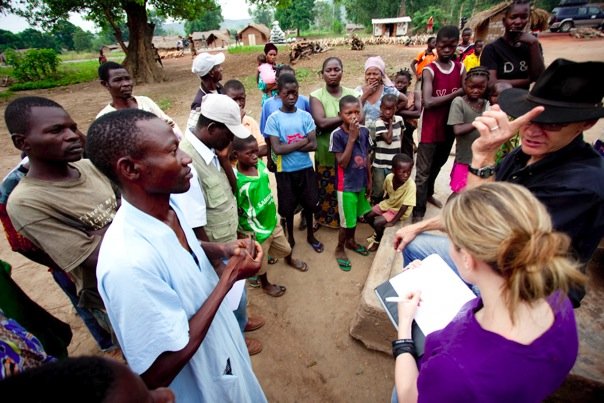 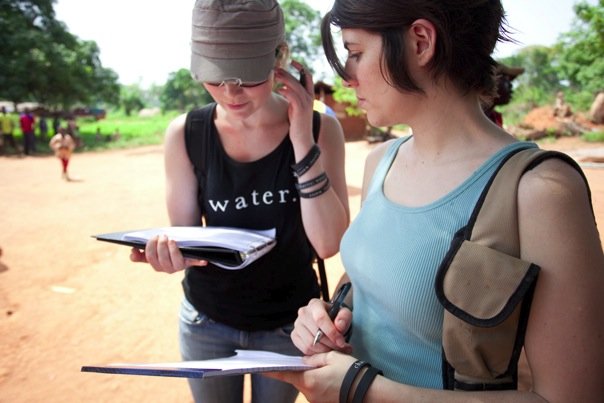 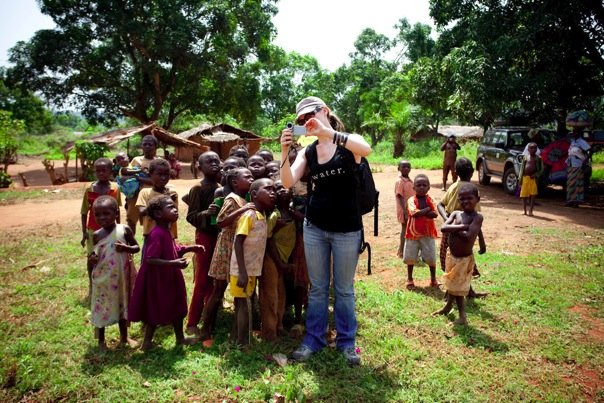 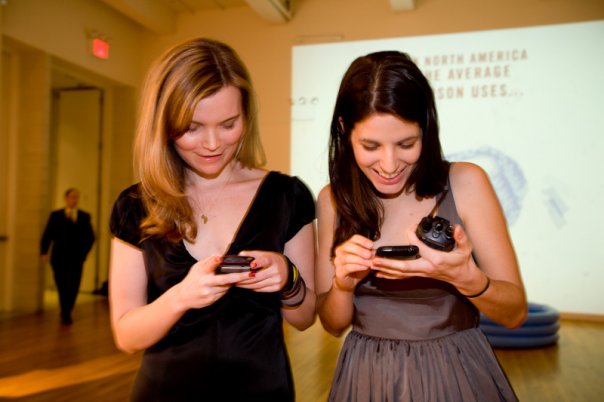 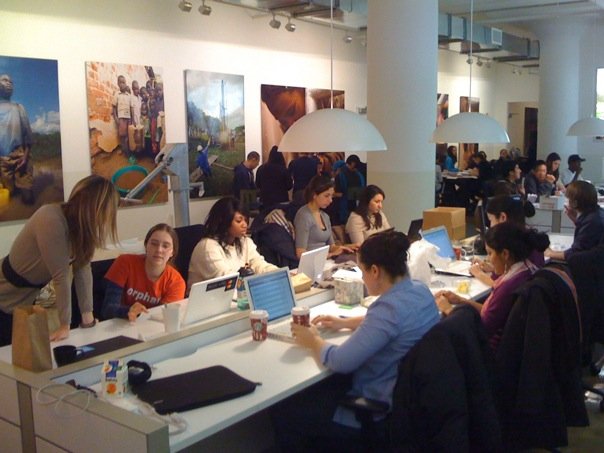 I don’t exactly know why it happened. Which makes it tough to explain and perhaps tougher to move on from.

I managed to ask why. The COO said the worst thing you can ever say to someone you're letting go.

He answered, “I think you know why.”

I felt my chest tighten. My problem was, I didn’t know.

I’m pretty good at analyzing things. And really great at over-analyzing. So you can be sure I’ve wasted a lot of time wondering what I was apparently supposed to already know.

What I did learn was I have the best friends and greatest support network anyone can ask for. Friends showed up at my apartment with open arms and opened bottles of wine. Mailed me cookies. And books. Called me from Africa. Met me for dinner in Denver. There was even a guy on Twitter who kept tweeting me to, “Get your blog done!” (ps: it’s still not done).

The first week after I “resigned” felt like I attended my own eulogy, cashed in my chips and won the lottery at the same time. Sometimes I cried because I felt undeserving of such support and encouragement. If I could get paid per friend, I’d never work again.

A few weeks later, I went to Haiti.

A friend flew me down to consult on his water program. But it was more like an Eat, Pray, Love intervention in Port-au-Prince.

Haiti had suffered the 2010 earthquake only a few months earlier, and things were still devastating and raw. While driving down the narrow and no-longer-paved streets, dodging dancing children and Coleman tents, I spotted something. It took me almost a day to notice it. Against the muted gray backdrop of collapsed buildings and twisted metal were tiny shops dotting the sidewalk, made out of rubble.

Old bricks and pieces of cement were transformed into display cases and store counters. Women used the crevices of the rocks to display their lovely high-heeled shoes and purses. It was Nordstrom’s Rack meets earthquake chic.

I even saw a very prosperous photocopy business. Each printer perched on top of stacked rubble, under a USAID tarp. Beside it, stood a long line of well-dressed people, each with papers in hand, waiting to use the three copy machines run by a generator.

It was as if everyone looked around, took what they had, and made the most of an awful situation.

Here, I finally exhaled. You can’t always predict a disaster. You’re allowed to mourn and cry. But at some point, you need to dust yourself off and make the most of it. The world will continue to shake. And sometimes you just need to hold on.

So I’m writing ten stories that shaped us over the last decade. These aren’t glossy success stories. These are the transparent, raw, behind-the-scenes stories of how we came to be. I’m sharing what worked, what didn’t, and who made it possible.

If you’ve been fired or furloughed, or you’re currently watching your greatest dream die as the pandemic crushes your business, I hope you find some hope here. And perhaps some tangible ideas you can steal. I know this moment sucks. I am rooting for you.

You just read story #1. The Adventure Project began because I got fired. The next story is about how we launched with next-to-nothing.

If you want to be emailed the next story when it’s published, join our email list by clicking below or by emailing me directly - beckystraw@theadventureproject.org

Read the Next Post "How We Found Our Why"