A Miracle Grows in Kenya

“How inspired am I going to feel about a piece of irrigation equipment?” I wondered, as our van bumped across the African savannah.

After leaving my own six kids in the capable hands of my husband, Becky (my co-founder), Esther (our photographer) and I were beginning our 16-day trip through East Africa. We were there to meet farmers whose lives had been transformed, all because of one piece of equipment: an irrigation pump.

After an hour of driving through fields and farmland, we turned onto a small dirt road, stopping in front of a modest home.

The door opened and three kids bounced out, followed by a young mother wearing a KickStart baseball hat and matching skirt. Her skirt’s print was images of women watering their gardens. She was the perfect walking advertisement.

Peninah seemed quiet and shy, giving us a meek smile. Her children were getting older she said, flatly patting each on the head. Ages 13, 10, and 4. Two boys, one girl.

“The irrigation pump changed everything.”

In just one season, they reaped a huge harvest. They ate well and sold extra crops to their neighbors. With the new income, Peninah said proudly, Kennedy, her oldest son, is now attending secondary school. All three children are now enrolled, actually.

Peninah’s story is all too common. In Sub-Saharan Africa, most of the rural poor struggle to survive as subsistence farmers. About one in five people were facing hunger in Africa in 2020, and Lancelot estimates almost 130,000 children worldwide will die from malnutrition due to COVID-19. It’s estimated that 40 million people in Africa could benefit from this simple pump. The needs are dire. 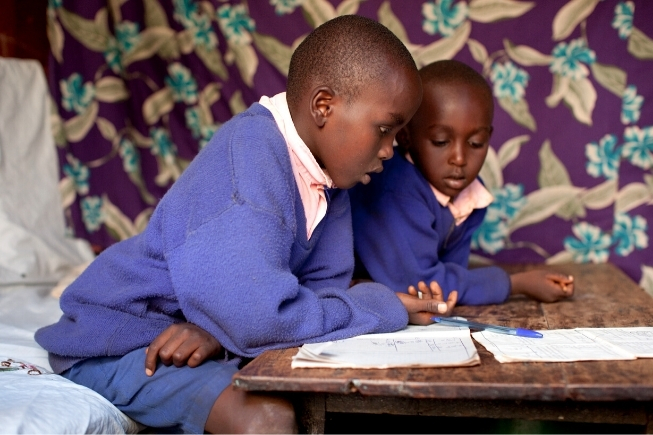 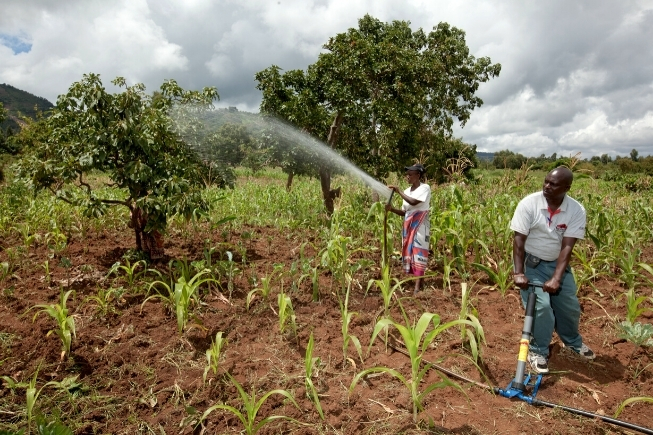 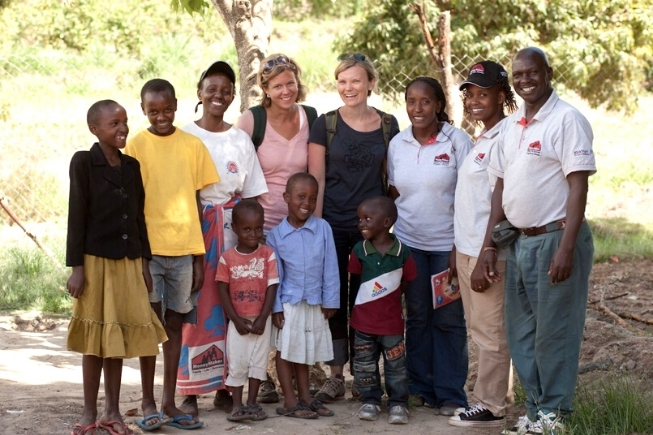 We spent the day with Sarah and Peninah, as they walked from farm-to-farm, encouraging neighbors to buy one, too. Sarah did most of the talking. Peninah would stand quietly behind, holding the hose and spraying their gardens. Neighbors would scream and soon, every family member would emerge from the house, eager to take a turn with the remarkable pump.

We walked down narrow paths on our way back to Peninah’s home. With Peninah up ahead, Sarah turned back and whispered heartbreaking news. Only a few weeks ago, a short illness unexpectedly took Peninah’s husband's life. “I think she’s still in shock,” Sarah said sadly.

With her kids following close behind, Peninah walked us behind her house, we passed her husband’s new grave, to her fields. She showed us her tomatoes, maze, onions, and spinach. We sat on a rock and ate her avocados. She pointed to where she plans to extend her plot to increase her business in the local market.

Becky, Esther and I have met many people over the years. We have heard and told so many stories.

But meeting Peninah was different. The concerns for her children brought no shame, no embarrassment. Her life is difficult, but she has hope. Purpose. “A simple irrigation pump is what saved her. And it’s saving her now.”

Peninah isn’t aware that donors like you helped make the pump affordable for her to purchase. She and her husband contributed what they could, and generous people like you gave the rest. This way, there is no shame. And it tells us that what we supported was deeply desired and desperately needed. It has great value.

Before hugging goodbye we asked one final question, “What does this pump mean to you?”

She smiled sweetly, “It’s my miracle.”

“This is it.” I thought to myself as I stood next to Peninah in her field. “This is how I am supposed to be giving.”

In all that she lost, she had not lost her dignity.

Each Friday until Labor Day, our community is coming together to feed people in Kenya! Join us by contributing $5. The first 100 people to give $5 will have your giving matched to $10 - enough to feed one person!

Every 100 people who give $5 will raise $500 - enough to help one farmer in Kenya grow enough to feed 50 neighbors! It’s an easy and fun way to make an enormous difference for those in need.

Add your name below and we will send you an email reminder with all the details on Friday morning. 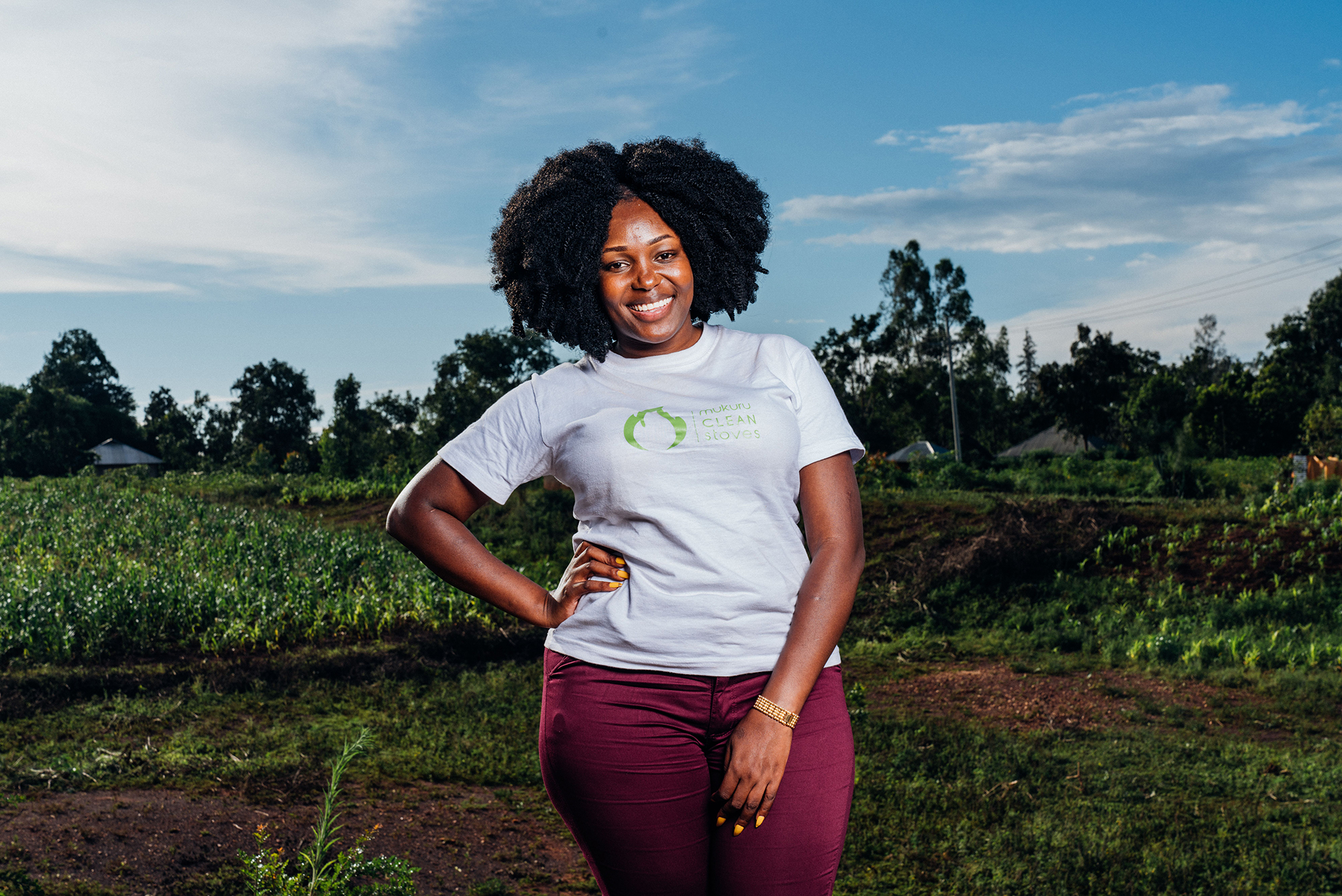 " I turned my back for one second."
Read full story 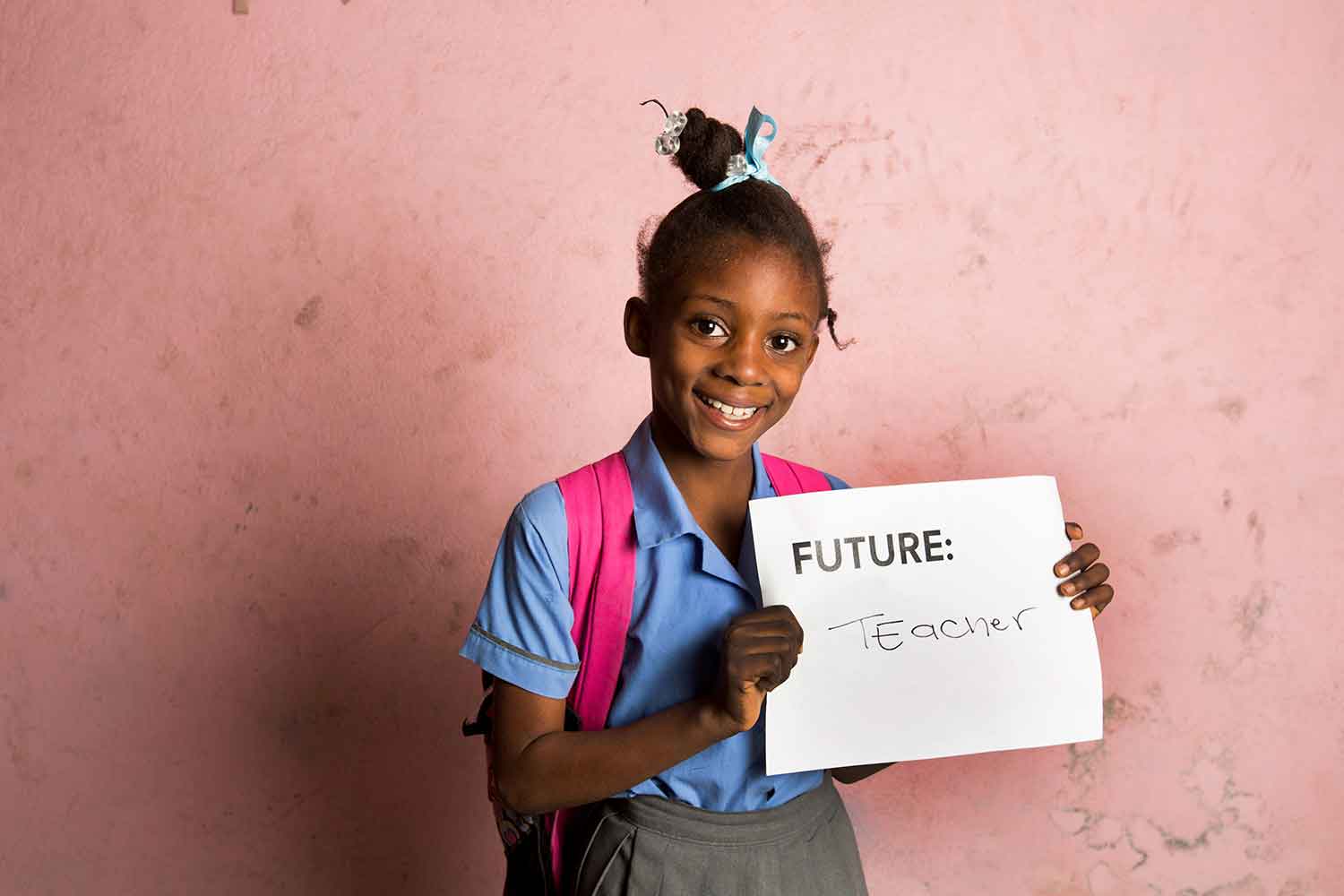